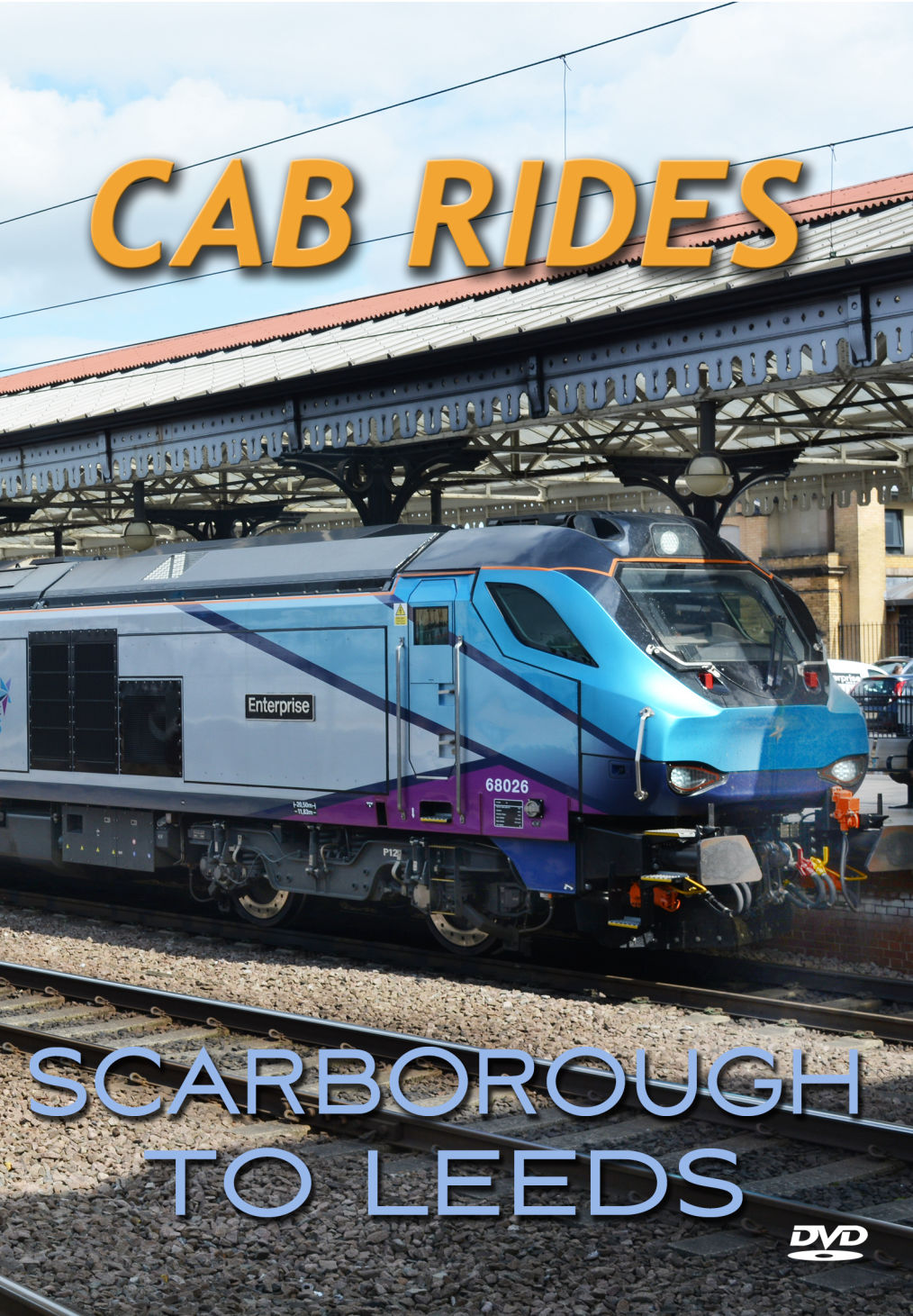 Journey from the coastal resort of Scarborough to Leeds via York and Micklefield Junction in the cab of a Class 68 locomotive. Listen to full commentary or turn it off to hear the sound of the 3,750 hp Caterpillar engine.

Join us on a Class 68 of Transpennine Express for this Cab Ride journey from the seaside resort of Scarborough to Leeds. 68026 Enterprise pulls its Mk 5a carriages with effortless ease as we depart Scarborough along the line originally opened by the York & North Midland Railway in 1845. We stop at Seamer and Malton stations before squeezing through the hills of the Derwent valley on our way to the railway centre of York, watching the weather improve as we go.

After crossing the River Ouse we stop at York's platform 3 before setting off for a fast run south-west on the East Coast mainline at the Class 68's maximum speed of 100 miles an hour. At Colton Junction we bear right, continuing on the line of the York & North Midland's first connection between York and Normanton, near Leeds, where it met with the North Midland Railway in 1840. At Church Fenton Junction, we again bear right on a short-cut built by the North Eastern Railway in 1869, heading for Micklefield Junction on the Leeds to Hull line.

With 10 miles to go to our destination, we travel west through Garforth and Cross Gates on the Leeds & Selby Railway's tracks to their original terminus station at Marsh Lane, before completing the final mile on an elevated section built by the North Eastern Railway to platform 10 at Leeds Station.
There’s full commentary throughout, narrating the sights and history along the way, and there’s a commanding view from the loco’s cab.

For those who prefer to relax to the ambience of the journey, you can turn off the commentary and concentrate on the views and the wonderful sound of the Class 68’s 3,750 hp Caterpillar engine.