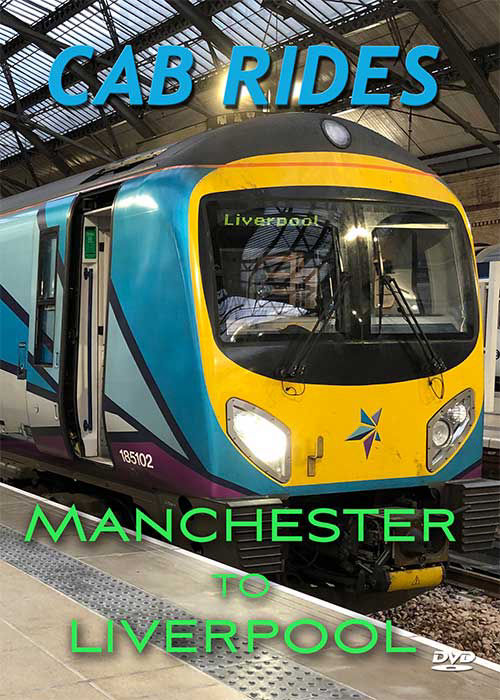 Journey along the world's first intercity railway between these two northern powerhouses and take a step back through the history of the railways. Full commentary option. 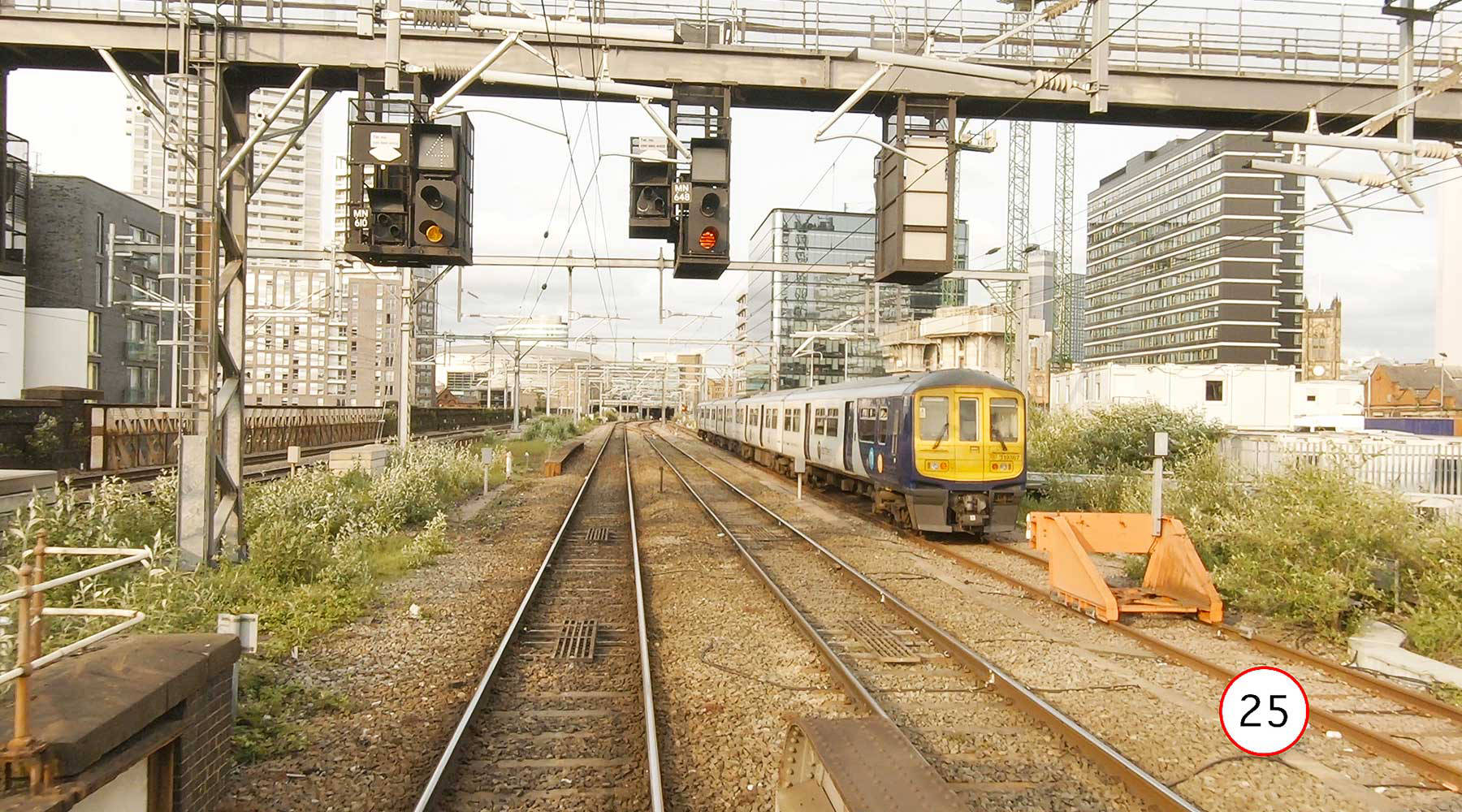 Join us for a ride in the cab of 185102, a Class 185 of Transpennine Express, for a journey from Manchester Victoria to Liverpool Lime Street and back along the world’s first intercity railway. With full commentary throughout, this is an exciting opportunity to experience what the driver sees while hearing about the history of this railway.

This line was a Stephenson family achievement. Despite in-fighting and objectors to the scheme, George Stephenson overcame the odds to drive this railway through an inhospitable countryside to begin the age of the railway. His son, Robert, demonstrated what the very latest in steam engneering design could do when he won the competition in 1829 at Rainhill to build a locomotive to run on the railway. Rocket earned itself, and the father and son partnership, a place in history.

Our journey takes us through a landscape which provided serious challenges for the most direct route between these two north-west powerhouses. To the west of Manchester, the railway is floated across Chat Moss, a thirty feet deep bog, on a raft constructed from heather, branches, logs and moss. It’s a bumpy ride. At Newton-le-Willows we encounter the Sankey Viaduct, which was built high enough above the canal below to allow the Mersey Flats to pass underneath in full sail. To the east of Liverpool there’s Olive Mount cutting, carved eighty feet deep into solid rock. And on the final run into Lime Street station you’ll witness the magnificent tunnels and cuttings which burrow beneath the city.

Accompanying the fascinating pictures is a full length narration which describes the return journey and explains its history in detail. Choose to listen to the commentary or turn it off and concentrate on the scenery and the sounds of the Class 185. Manchester to Liverpool shines a light on the earliest days of Britain’s railways. It’s a must watch.